So, what makes a TV show popular? Perhaps it is a good plot or maybe it is intense action. Some really enjoy romance, but mystery can also make a show interesting to watch. Or maybe it is a well-told story, or believable characters that make a show really popular. Well, a popular TV show might need a little bit of each but it needs something else as well. It needs a cute girl! Yes, the role of the cute girl is one of vast importance to popular TV. She may not be the leading lady, but she takes the cake for stealing our hearts, week after week.
So, in order to commemorate some of the “cuties” in popular TV shows as of late, we have compiled this list of the top 12 cutest actresses in popular TV shows. These girls might not be recognized for the lead role, they may not play the role of  “sexy”, and their characters might be more like the best friend than the glamorous girlfriend – but these cute girls are hot in their own way, and that is what matters the most! 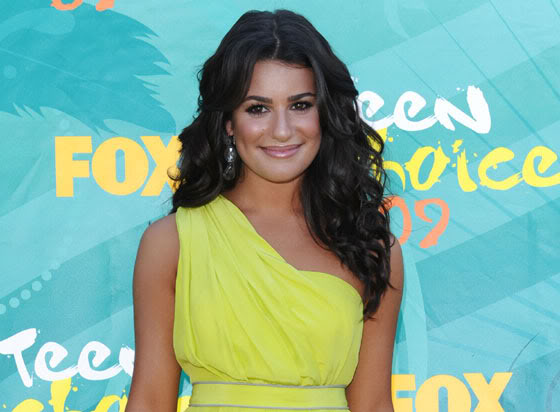 Lea Michele might not strike you as the “hottie” of the series, but come on guys – we cannot deny that we perk up when she comes onto the scene. She plays a sort of best friend who is emotionally tied up in more ways than one. She is complex, nerdy, and a bit of an outsider but out of all this, she still manages to be a babe – which is what makes her a true TV cutie. From her almost “typical” hair-style, to her basic makeup application, Lea Michele is a true cutie, worthy of the top 12.

11. Emily Vancamp, from the show “Brothers and Sisters” 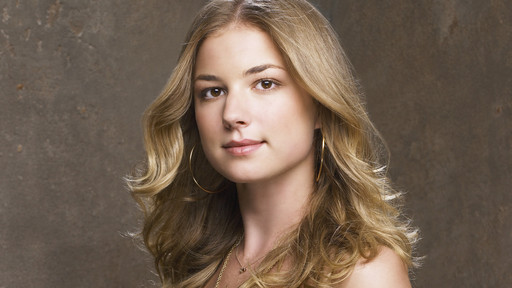 Ok, so maybe a lot of guys out there view “Brothers and Sisters” as more of a glorified soap opera than a popular TV show but you cannot deny the presence of some brilliant beauty in the cast, including one girl in particular who must be given credit for being an incredible cutie. Emily Vancamp might not be an outrageous, sexy presence who dominates the screen, but she definitely has the look of someone you would hang out with and get to like the old fashioned way – which is worth something special in my mind.

10. Bethany Joy Galeotti, from the show “One Tree Hill” 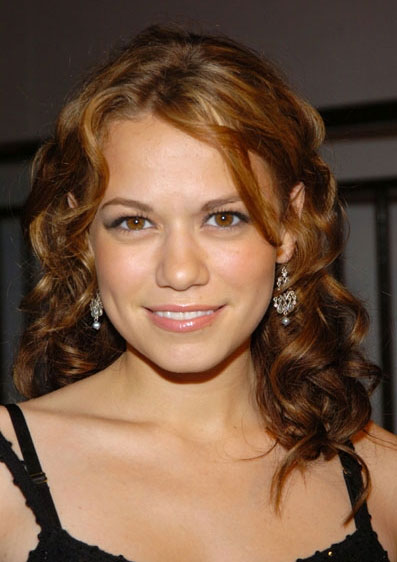 Bringing a sort of double-take worthy beauty to the top ten in our list, Bethany Joy Galeotti continues to stun with her charm and good looks. This cutie has a lot to offer – she is talented, witty, good looking, and cute, but she is cute with a certain measure of glamour added to it that gives her a very sexy appeal. This is the kind of girl who can make your heart do a summersault with a mere wink of her eyelash, and those girls are not so common.
9. Jessica Szohr, from the show “Gossip Girl” 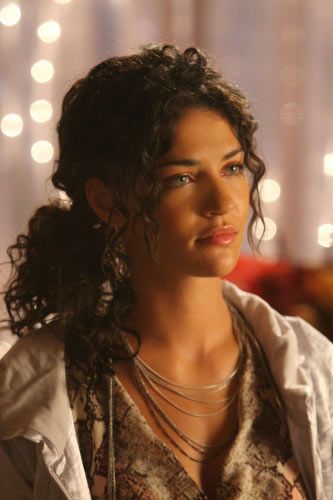 Gossip Girl is a pretty well liked show, but we would be really stretching the truth if we said that guys do not watch that show for the hot girls! Well, included in the cast of Gossip Girl is one girl in particular who has made it onto our top 12 list of cuties, and her name is Jessica Szohr. She played the role of Vanessa Abrams on the show, and she is as stunning as she is cute. Most guys might categorize her as a more glamorous, sexy type but beneath the makeup and the accessories, she has an adorable quality to her that, while maybe not admired as often as it should be, exists nonetheless. 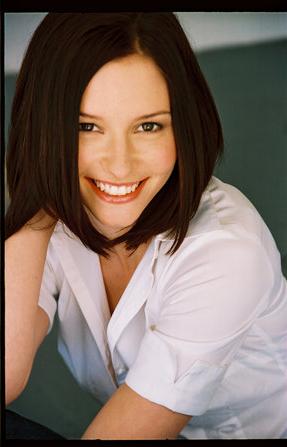 There is no doubt that Grey’s Anatomy is a pretty cool show. It has good, believable characters, an involved plot, and plenty of excitement. However, there is also the romance, the emotion, and the relationship-factor that serves to make it even more in depth and complicated. There are a lot of pretty girls in this show, but Chyler Leigh has been included in our top 12 TV cuties list for one reason, and one reason alone – while she is not overly sexy most of the time (her character is usually more interested in doing her job than in being a hottie), she is able to turn it on in those moments that really count. 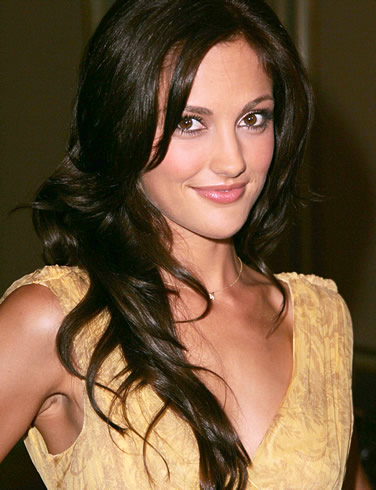 It might be true that Minka Kelly is not on the show anymore, but that does not mean that she did not do an incredible job on it while she was there! Neither does it disqualify her from being number 7 in our countdown of super cute TV actresses! Minka is just plain, down to earth cute. She is the kind of girl you admire for not only her charm and sexiness, but also for her depth and realism. Her character in “Friday Night Lights” is a perfect example of cute, in all of it’s forms and facets.

6. Amber Stevens, from the show “Greek” 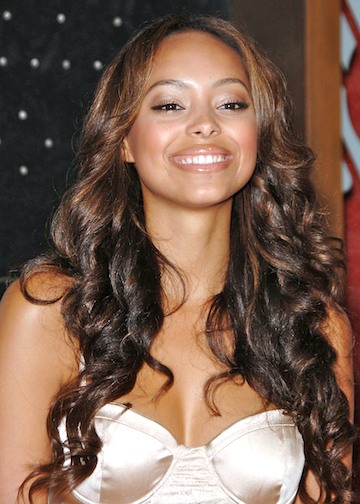 “Greek” might be a different kind of show, but Amber Stevens is definitely an attribute to it who can do no wrong. She has a quality that few women can boast – she somehow manages to be both cool and cute at the same time. She emanates trendiness, but she also has an unmistakable “friend you wish you could date” kind of quality about her. She is quick and witty as well, making her that much more appealing. She definitely deserves her spot in the top six. Amber Stevens is a cutie that the TV world might never get over. She is bold, beautiful, and simply amazing.

5. Josie Loren, from the show “Make it or Break it” 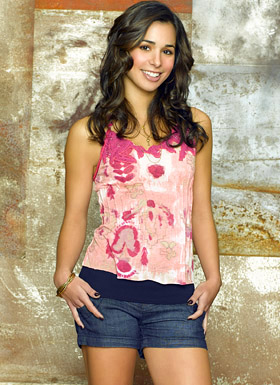 Josie Loren is definitely deserving of a spot in the top five TV cuties. Why? Well, there is her charm, her wit, and her energy – but let’s just put those aside for the moment and say that it is because she was born with fantastic looks! Some people are just naturally beautiful, and Josie Loren is one of those people. She is the kind of girl that provokes a double take – off screen or on! But more specifically, she has a cute, sort of playful demeanor that comes off as very attractive. 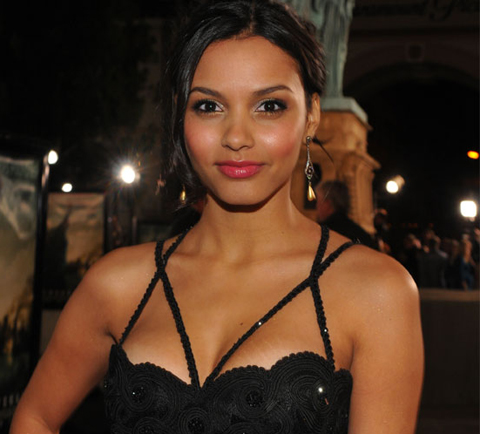 Ok, while this might be another one of those shows that not everyone is into, I cannot think of a single guy who is NOT into Jessica Lucas! She is a cutie of epic proportions, from her curvaceous form to her amazing facial features, right down to her witty and friendly personality. She is the kind of girl who was just born to be on the top 12 list of TV cuties, which is why she very rightfully deserves her spot in the top four. She is especially cute in the way that she can act so professional sometimes, but is also able to be playful and free-spirited. 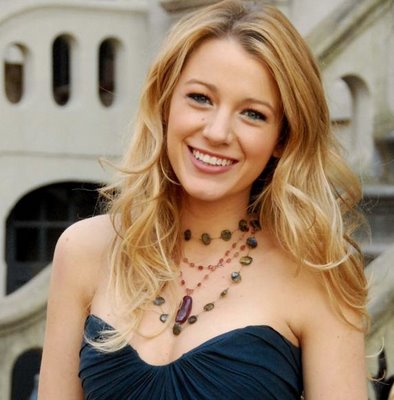 Another cutie from gossip girl, but one who truly deserves this honor nonetheless. Blake Lively is sometimes hard to distinguish – at some moments, she is just plain hot. However, there are those times when you see beneath her pure sexiness, and you see that there is a very cute girl in there as well! There is just not much about this girl that isn’t beautiful – I am not one to label girls as flawless, but it might not get much closer than Blake Lively as she is in “Gossip Girl”.

2. Kristin Kreuk, from the show “Smallville” 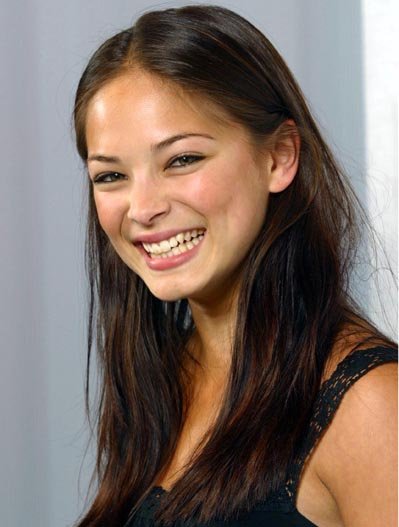 Smallville might have been an action packed series about Superman, but it had more to offer than a super-strong, flying hero from another world for us guys! Namely, there were cute girls and very specifically, there was Kristin Kreuk. They say that she never intended to be an actor, but I think that a lot of us are VERY glad that she was in this series. She not only did a spectacular job, but she is also an exotic type of beautiful that is rare in the world. There are few girls who have graced TV like Kristin has – she definitely deserves to be in every top three “cutie” list.
1. Nina Dobrev, from the show “The Vampire Diaries” 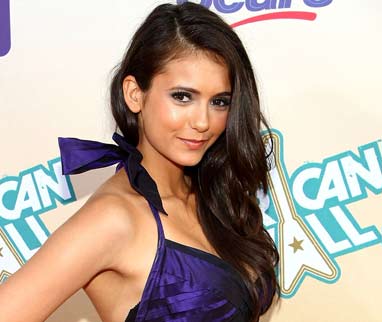 The reason why Nina Dobrev has been chosen as number one on our list of cutest TV girls is perhaps because her ability and natural tendency to be a cutie is unmistakable and signature. She has her own way about her, and she is the definition of that textbook role of “cute friend” or “sexy-nerdy girl”. But do not let this sway you to believe that there is much “textbook” about Nina outside of the fact that she is “textbook sexy”! Hey, any chic that handles two vampire brothers, while still managing to function and be as cute as she is deserves the number one spot – and having been born with some natural “to die for” sort of good looks does not hurt anything either! Yes, it might be a cheesy series – but wow is she a cutie!
Make sure to also check out the Top 15 HOTTEST Actresses in Popular Tv Shows..