A Resurgence of Zombies: Why they are hugely Popular again

There are many reasons why zombies are so popular these days in books, TV, movies and computer games. One of the more commonly held beliefs is the fact that there are very few enemies for westerners to feel comfortable dispatching these days. Violence sells in popular media because it is a fun fantasy experience, but violence needs people, or things, to be aimed towards. Movies, books, and computer games have done very well when they have aimed violence at non-human targets. This is because even though the violence is not real, some people feel that they cannot make a connection with violence against humans. However, violence against robots such as in the Matrix or the Terminator movies, or violence against Aliens such as in the Independence Day and Aliens movies, is a lot more palatable for a broader audience. 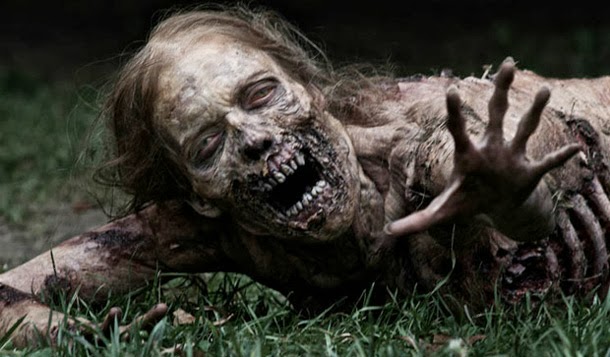 Psychologically, even horrific violence is acceptable if it is in self-defense
Zombies are of a similar ilk to demons, and are therefore fair game for killing. If you remove ethics from the situation, the person playing the computer game, watching the movie or reading the book is able to enjoy the violence, without any ethical or moral restrictions around its use. This is heightened by the fact that if the protagonist does not inflict violence upon the zombies, the zombies will kill them. This brings an element of self-defense into the equation.
Zombies are no longer scary, but a relentless killing entity is
Zombies are so over-used in popular culture that they are no longer scary. The fact that they congregate in hoards, that they cannot be scared, that they cannot experience mercy, and that their lust for flesh seems unstoppable, is enough to create an exciting dynamic, which is enough to carry a computer game, book or movie. The idea of an unstoppable force and malice has worked very well in previous usage. It brings about a feeling of helplessness that translates very well to the viewer/player. The reason that the first Terminator film was so scary was the fact that nothing seemed to be able to stop this relentless machine from hunting someone down.
A relentless killing entity that ends all human life is the ultimate thrill
People may seem to be fascinated with a zombie apocalypse, but the biggest psychological pull for this scenario seems to be its proximity to survival horror. We live in a society where our base instincts are repressed to a massive degree. Canalization of behaviour as a result of catharsis is a well-documented fact, which proves that violent music, images and experiences are a way of safely releasing our base instincts. Whilst computer games such as Grand Theft Auto allow us to release our more “Urban” pent-up base instincts, things such as a zombie apocalypse appeals to one of our most primal base instincts — survival.
But why Zombies?
Why do people search out flesh ripping zombie experiences? Moreover, why have dreadful movies such as the Resident Evil series continued to draw a crowd? (The CGI movies are far better). It is because zombies appeal to our most basic instincts of fight or flight. Aliens are often too powerful, falling asteroids are too unstoppable, and there is nothing thrilling about surviving a virus outbreak. A movie, game, book or experience about a virus does not tug at the same primal urges as a zombie hoard does. Nobody is going to be thrilled about a guy rushing down a hallway to wash his hands, or the foxy female lead shooting a shotgun at a syringe.
Why do people seek out zombie experiences?
This all relates to the fight or flight impulse, and peoples need to “keep it real”. Some people do not want to see sharks in a tank; they want to be in the water with them. It is the same for zombie hoard experiences. People want it to feel as close to the real thing as possible, and popular media such as movies and books are too far removed from reality to be scary or exciting.