Police in manchester are Twittering….

Manchester Police kept a record of every incident they dealt with for a 24-hour period recently. They wanted to do it to allow members of the public to get a greater understanding of the amount of work that they do. The Chief Constable, Peter Fahy reported that he hoped it would also show politicians the types of incidents they dealt with, many of which cannot be officially reported as they do not fit in to the league tables that the government require them to complete. 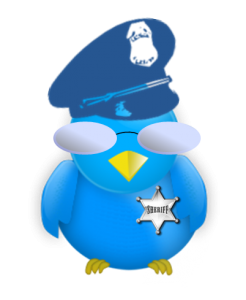 The tweets were put on the police twitter page as well as on the forces on website and during the twenty four hour period there were actually 3,205 reports. Some of the more interesting reported incidents included a baby being held over a bridge but turned out to be a dog. Suspected shoplifters, crash injuries and aggressive driving. There was also a nasty incident where a police van was used and when the driver returned human excrement had been smeared on the door handles. As a result of all of their activity 217 people were arrested and 119 were held.
This publicized even caused the number of followers on the GMP twitter profile to up to 14,000 from its original 3,000. Mr Fahy felt that it was a great success in that it reported the range of incidents that police had to deal with, meaning that people may no longer place stereotypes on the work of the police force. Many people think it is just about catching robbers, he explained, but there are many social issues which take a lot more time to deal with. These are the type of things which are not recognized in the government league tables.
Mr Fahy is hoping that the results of their twitter experiment will lead to a rethink of the way the police performance is measured. He feels that the public sector should have their funding issued in a different way to allow for these factors.