Most brands try to use humour within TV adverts at some stage: some manage a mediocre chuckle or two and others fair miserably.
But when the device of humour is used well it can have spectacular effects. Consider Compare The Market’s humorous meerkat ads, which have reached millions of views on YouTube and are fondly quoted on the street, almost as part of everyday parlance.
Humour doesn’t always work though: serious topics like health should generally use humour with trepidation and risk – although there are a few surprising and notable exceptions of serious topics being delivered more potently with a deft dose of humour.
In less complicated contrast, though, some topics naturally go together with funniness and have been historically packed with notably chortle-worthy ads. Here are a few topic areas where humour works so well that it should probably be used more often than not:
Beer & Lager
Beer is hardly serious stuff – unless you’re a hardcore real ale or premium lager enthusiast – and the informal nature of the drink lends itself naturally to humorous delivery. In fact, beer adverts use humour so commonly and naturally that a serious beer advert would probably inflict stunned confusion on the viewer.
There are myriad examples of funny beer adverts, with the sense of subtlety usually being the differentiator. Carlsberg’s ‘probably the best…’ adverts use humour and irony lightly, for instance, whereas the humour in John Smith’s Peter-Kay-starring adverts is more in your face.
Hidden complexities are sometimes present too: Foster’s funny Brad & Dan adverts parody the identifiable difference between attitudes in the northern and southern hemispheres, to hilarious success. 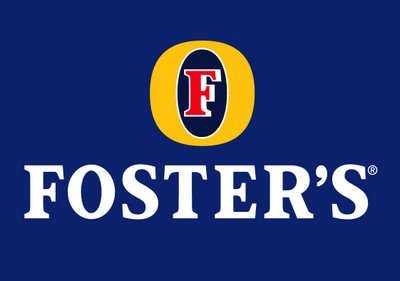 Crisps
Like beer, the informality of the humble crisp means that humour works well in adverts for this most common of savoury snacks.
Great examples, can often juxtapose the mundanity of the crisp with highfalutin surrealism, like Mini Cheddar’s series of odd adverts from the late ‘90s – one featuring Bob Mortimer trying to smuggle a load of the brand’s bags through customs.
Ironically, humour within these adverts also works because – while the world of crisps is not a serious one – for many people it is a passionate one. People have arguments about whether bags of salt-n-vinegar or cheese and onion are best, and BBQ beef fans are sometimes laughed at.
Cars
Cars are a bit more serious and expensive than crisps and beer, that’s for sure, but humour still works frequently well within automotive brands’ adverts.
This success is a bit more complex but, historically, perhaps the device of humour worked so well in the first place because it was so surprising and, since then, the theme of experimentation has continued and expectations have changed.
Of course, you do get plenty of dry, technical car adverts – that approach works well too – but funny adverts usually outnumber the serious ones.
More simply, perhaps humour in car adverts – and the other topics covered – works so well because if something’s funny then it’s appealing and memorable, regardless of what’s being sold.
And long may the theme of humorous ads continue.