It has been announced, by the Pink Floyd drummer Nick Mason, that the band are considering reuniting. They will not be releasing albums and singles and probably not writing new material but he likes the idea of them playing charity concerts. In 2005, they got back together for the Live 8 concert in London and all enjoyed it. Mason, has said that he would like the idea of doing something like that again, to help less fortunate people and is going to suggest it to the other band members. 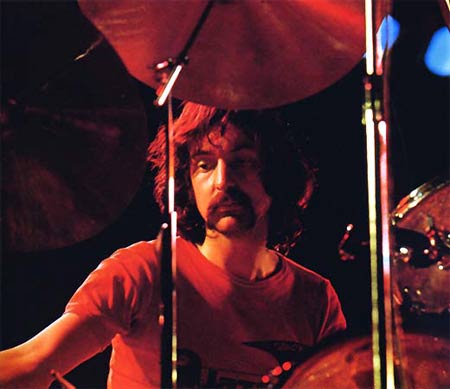 The group split when David Gilmour and Roger Waters fell out in the 1980’s but they got back together to play 3 numbers as part of a concert held in Oxfordshire which raised money for the Hoping Foundation that helps Palestinian children. At the time Waters wrote that it was a great end or possibly a beginning, which gave fans hope for a come back. Gilmour is going to be a guest during one of the gigs that Waters will be performing soon during his live tour.
It all looks promising and Mason thinks that it would be a great way to retire, raising money for charity rather than for themselves. He said that they did a charity gig in earls Court in 1994 where they pooled the money they made and each nominated a charity for it to go towards and he wants to do something like that again.
As the keyboardist for the band, Richard Wright, died in 2008 it would be just a line up of three of the original band members but Waters announced in May that it was enough to do charity performances.
It certainly seems that they would not be doing massive amounts of work, but they would be a welcome addition to any charity event as their classic hits are always bound to pull in a crowd.