Sir Michael Parkinson has spoken out against the recent trend in celebrities hosting chat shows as he feels they are not up for the job. He was writing in The Radio Times when he stated that everyone seems to think that they can have a go at hosting a chat show. He was especially critical of Graham Norton, saying that the host tends to talk more than the guests. He also criticized ITV for moving aul O’Grady’s show to a much later 9pm slot when it use dto be aired at 5pm. He explained that he felt it was in the right spot and moving it to peak time, where it would compete with many other good programmes was not a wise decision. 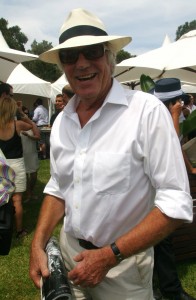 Many people have had a go at hosting chat shows including Davina McCall, Charlotte Church, Lily Allen and Peter Andre. Parkinson explained that they are given the opportunity by producers who think that they will bring in ratings without considering that they do not know how to ask questions or listen to answers. He went on to list a selection of hosts which he felt used the opportunity of being a chat show host to show their talent. These included Terry Wogan, Russel Harty, Michael Aspel, Clive James and Graham Norton. However, he went on to say that for others, they were just not up to the job.
Interestingly, Graham Norton was interviewed in the magazine as well and he admitted that he felt he was bad at interviewing people because he is not always interested in what they have to say. He explained unless they were a great icon then people are not interested and so they end up talking around the questions which either the public already know the answer to or the guests would not be prepared to talk about.