7 of the Weirdest Birthday Cakes Ever Made

Birthdays. You get one every year, and it seems like the older you get you really don’t care about them. However, if you have family that really wants you to celebrate your birthday, you tend to go through the motions well enough. Also, if you have children the wonder of birthday fun never fails to amuse them…until they get past drinking age, of course.
1. Braaaaaaains! 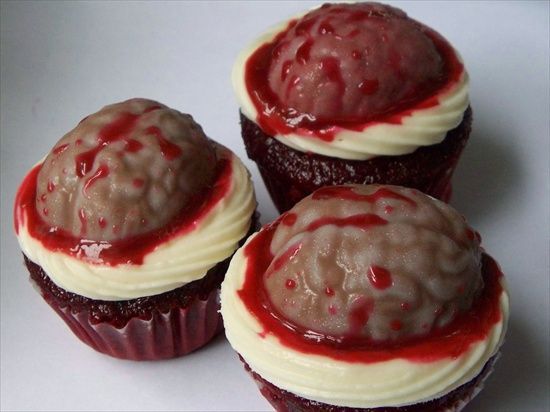 While these are technically cupcakes, it’s gotten cute for many people have to have a leaning tower of cupcakes for their birthday party instead of a big birthday cake. However, most people don’t serve cupcakes like these.
Brains.
Brains.
Braaaaaaains.
Who serves a tower of cupcakes for a birthday that have grey brains on top? If it were done in a cutesy way, we could almost see it as something to tease a really smart student.
But then there’s the blood. Oh my goodness, the blood. No, this is something you don’t want to serve at a birthday party…not even for a CSI crew member. Not even then. Trust us.
2. Smile for the Camera? 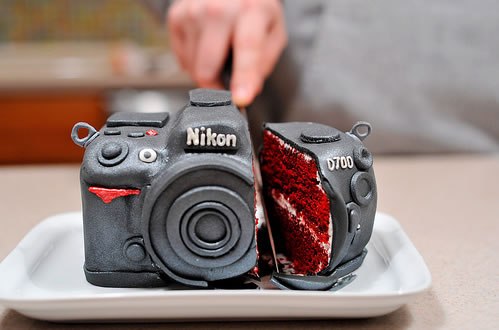 OK, we’re Nikon fans too and all but… a cake in the form of a Nikon camera is too much! What really gets us about this picture is that if you look on the inside, it’s a red velvet cake. Contained within a grey camera. If that wasn’t crazy enough, we have to look at the detailing.
Real Nikon D700: 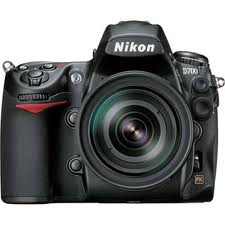 Just saying. It’s a pretty accurate replica, and the baker that did this should be praised for their skill.
3. Hello, BlackBerry!
Wow, crackberry in the house! Just look at this cake: 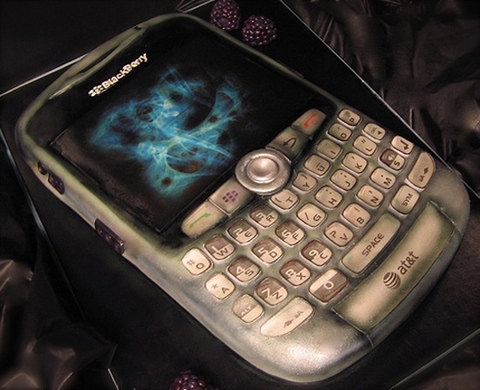 Wow. Just wow. Isn’t it bad enough that we carry around mobile phones from here to the moon practically? Do we really need to have a cake in the shape of a blackberry? Again, this is another very realistic cake. We probably don’t even have to compare pictures because you probably have a blackberry in your pocket, don’t you? Pull it out and compare it to the picture. It’s definitely something that really looks good — we can admit that, even though we really wish people would just make regular cakes!
4. Um…Boobs? 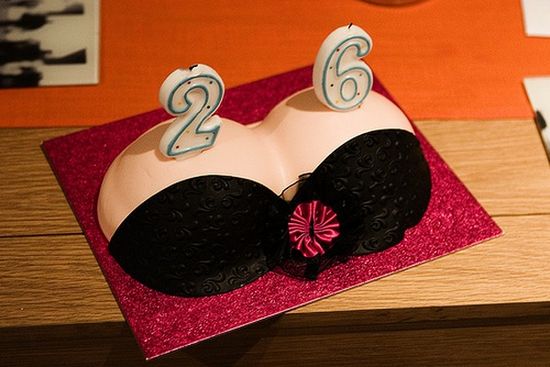 26. Do you remember turning 26? We don’t really, either but hey, there’s a cake here to celebrate! And it’s got boobs on it. Tastefully covered, slightly risqué boobs, but we’ll take boobs whenever we can get them…right?
Just look at the cake, people!
5. Skull Antics 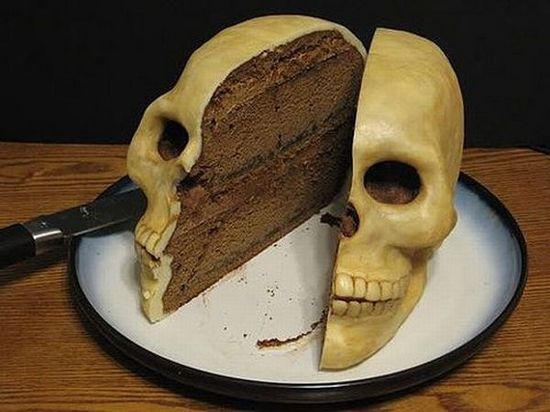 What could be better than a skull cake, than a skull cake with a tasty chocolate center? Are we really what we eat? Poor Horatio, we hardly knew ye! OK, clichés and Shakespeare jokes aside, this is actually a nice cake. It’s very realistic, but we don’t really want it to become us! Please don’t turn us into a cake, we promise we’ll keep bringing the crazy and the funny if you follow our little request! 🙂
6. Heart-on! 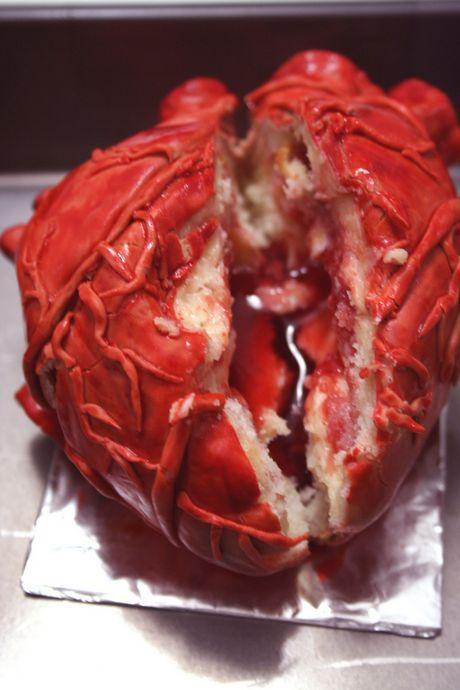 OK, when we said that we wanted a cake in the shape of a heart, we meant something cutesy …not a heart cake so realistic it needs to be on the set of Grey’s Anatomy. We’re just being real here. We really didn’t want a cake like this. However, since it’s here, we can’t help but notice the yummy red center when you cut into it. Don’t go breaking our heart…but man; this cake really does look delicious!
7. There’s Nothing to Get You, Barbara! 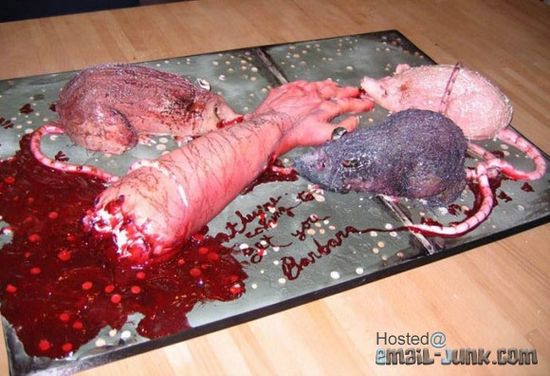 Now, this cake might seem odd. Barbara? There’s nothing to get you? No, we don’t really know either. However, it’s apparently something that had to be said to somebody named Barbara… and they chose to do it in the form of a cake ….with rats…and a chewed off arm… that’s not saying “there’s nothing to get you, Barbara”. Really, that’s saying “Barbara, nowhere is safe — but have fun locking your doors, okay?!”
Yeah, we’ll be installing that security system around our house too. Nothing to fear, our a–…err, cake. Yes, that’s it.
As you can tell, there’s definitely a crazy world of cakes out there, and we’ve only scratched the surface. Have you seen a crazy cake? Definitely show us in the comments; we would love to hear from you!