OK, so Mother’s Day isn’t here yet. But instead of thinking about a gift for the woman that put you in this world, you’re randomly running around the Internets looking at crazy, funny things. Shame on you…no, we’re just kidding around. Since we already have your eyeballs, why not think about some Mother’s Day gifts for your mom?
We know. You’re not creative. So instead of searching around the internets thinking about how you’re ever going to top the usual bundle of flowers and wacked out breakfast that you usually serve your mother, why not think about getting inspired by this list of wacky Mother’s Day gifts?
Now, we have to say that we’re not responsible for anything that happens if you run out and get your Mom something wacky and she hates it to pieces. We’re just trying to make sure that you have some ideas. Not all of the crazy things here are going to be suitable.
That said, let’s get to the crazy…we mean funny…oh goodness, why not both? That’s what you’re here for, right?
1. Recipe Reader 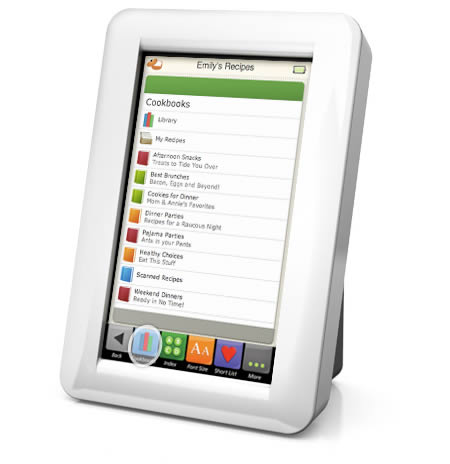 This is really neat. If you’re not sure what the Recipe Reader can really do, think about this: your mom probably already has a box of index cards, with each card crammed with recipes. Instead of leaving he rot this form of paper hell, why not get her a good digital recipe reader.
Bring in the Demy. This digital recipe reader can store about 2500 recipes in a format that’s easy to read — even if your mother isn’t very technical.
She can even use it in the kitchen without fear of messing it up, because it’s splash-resistant. How cool is that?
2. Cleaning Slippers? 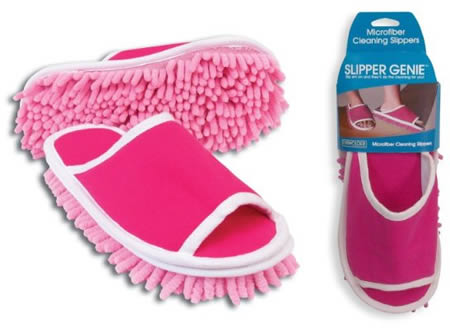 Right when you thought we were going to have a non-wacky list…you were disappointed. Or were you? After all, wacky is definitely what we do and these cleaning slippers are all sorts of wacky.
They’re called the Slipper Genie, and it looks like little mini-mops. Dip the shoes into a little cleaning solution and then slip them on to replace your Swiffer…or not.
While we like the idea and we think it’s a cute gift, in practice this is really only dry cleaning. Most of the surfaces are going to require a lot more scrubbing than what the Slipper Genie can do. Still, with a few improvements this idea really might catch on.
3. A Twofer You Don’t Want… 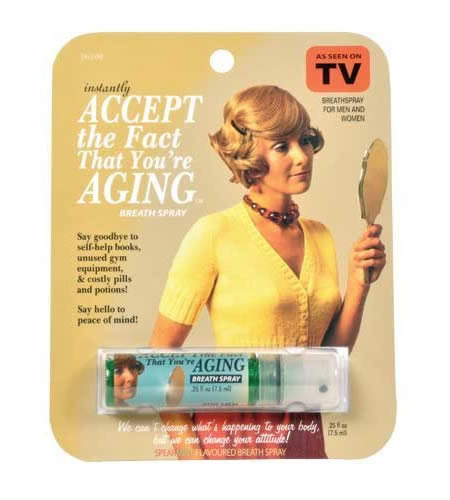 We don’t recommend that you give your mother this gift — unless she has an amazingly high sense of humor.  This breath spray is called “Accept the Fact That You Are Aging”, which is downright crazy.
It’s got to be a gag gift. No one would seriously give their mother that. Not unless they wanted to issue a double insult, and not even the police officers that write you a speeding ticket deserve that type of put down.
4. It’s Raining Men? 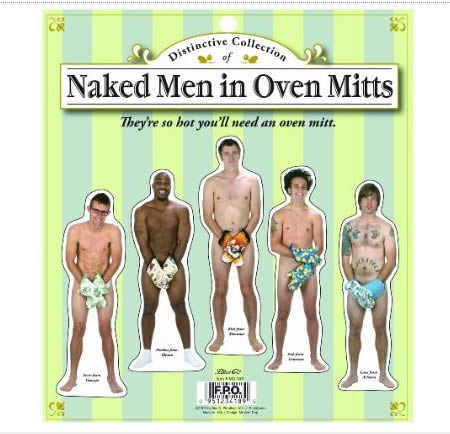 Who doesn’t like naked men? OK, maybe they’re not completely naked. They have their oven mitts on, so that counts for something…right?
It’s all about making your Mom smile on her special day, and if she has a good sense of humor she might even like these.
Would we give them to our mother? Probably not. But still, it’s something to think about.
5. Emergency Underpants 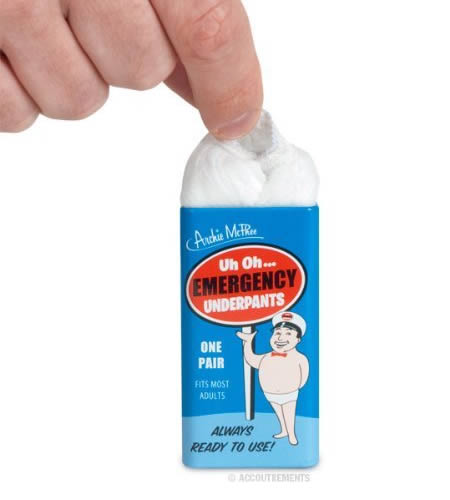 Here’s another crazy thing that we wouldn’t give our mother for Mother’s Day. Emergency Underpants crosses into a whole territory of stuff we really don’t want to even think about talking about with our mothers. Such as why she would even be in a situation where she would need another set of underpants. That would make us ask what happened to the previous pair, and that’s…just not a topic that we really want to discuss with our mothers. Just being honest.
So, what type of gift are you thinking about giving your mother for Mother’s Day? Would you honestly get her anything from this list? Either way, you should definitely take some time and sound off in the comments — we would love to hear from you!